Manzoni: reform and the efficiency of the Civil Service

Apparently yesterday was the third birthday of the Government Digital Service's award-winning GOV.UK, the public face of UK government on-line.

While Steve Uriah Foreshew was cheering on the remainder of the depleted crew, John Manzoni was speaking to Reform about "reform and the efficiency of the Civil Service".

Mr Manzoni is Chief Executive of the civil service and he and Matt Hancock, Cabinet Office Minister, have entertained us before with their views on GDS.

Mr Manzoni will have cheered up the oarspersons in the GDS lifeboat with "GOV.UK is the model and the vehicle for what we need to do. It has brought nearly 1,900 websites into a single portal, saving significant amounts of money each year". If they ever make landfall, there's more to do – "this is just the start".

What more is there to do?

There was a cri de cœur the other day on the Government Digital Service (GDS) Twitter feed.

We've been here before. The national Blue Badge Scheme, you will remember, "provides a range of parking and other motoring concessions for people who are registered blind or have severe mobility problems". And clearly the on-line application system had given Ms Haworth a hard time.

GDS never tackled Blue Badge. It isn't one of the 25 exemplars included in their grandly titled "government transformation" programme.

Blue Badge is still a Directgov application, on https://bluebadge.direct.gov.uk/directgovapply.html and we've been here before as well. GDS claimed for years that GOV.UK, the award-winning public face of the UK government on-line, had replaced both Directgov and Business Link.

That claim was false for years and it still is, as Ms Haworth among others can testify.

But there has been progress – the misleading claim to have replaced Directgov and Business Link has now at last been removed from GOV.UK's home page.

Lack of control, insecurity, irrelevance to attribute exchange and inconvenience – what else do you look for in a personal data store?

Last heard of in these parts, personal data stores (PDSs) were being advocated as an aid to considerate death. Your PDS is a digital version of you. It represents you on the web while you live. And even in the afterlife, Assisted dying the digital way with a core consent delegation management repository.

So where are we on astrology? 13 years late, UK government promises biometrics strategy by end 2015. Why?

In July 2002 Rt Hon David Blunkett MP, Home Secretary, issued a consultation document on introducing government-issued identity cards into the UK. One idea was to use biometrics to verify people's identity. 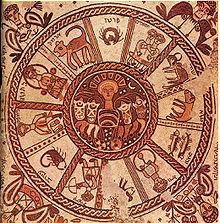 In February 2015 the House of Commons Science and Technology Committee published a report, Current and future uses of biometric data and technologies. Biometrics was described as "the shoddiest science offered to the courts" and was said to be locked in a "cycle of failure".

One way and another the Committee's report came up with 12 recommendations, to which the government's response has now been published.

RIP IDA – investment interest "has closed or been withdrawn"

Let's say that you're a venture capital person. In that case you'll know that 95% of the ventures you invest in bomb. For £95 out of every £100 that you invest, there's nothing to show for it. You lose your money. It's gone.

Just to break even, the other £5 has got to return £100. Your investment has to appreciate by a factor 20. After tax. After all investment costs. Such as hiring the Four Seasons Hotel in Hampshire for the day. That's not cheap.

But what's the point of breaking even? You can do that by not investing in the first place. The idea is to make a profit.

How much profit? You want to double your money? Then that £5 investment you made in the one surviving enterprise has to grow by a factor of 40, not 20.

That's not going to happen overnight. Suppose your investment grows at the rate of 10% p.a. How long will it take to be worth £200? Answer, something between 38 and 39 years. 38.70394 years to be precise, but there's no point being precise because you have clearly starved to death a long time before merely doubling your money.

38 is pushing it. Let's say you can afford to lock up your money for five years. How fast does the value of the investment have to grow? Answer, at the rate of 109.1279% p.a. Every annum. For five years. After tax. And after costs.

It's not easy finding investments that can do that. And even if you find one, your peers in the venture capital business will laugh at you for only doubling your money. But never mind their laughter, let's say that you're a pretty grounded sort of investor and that, for you, net doubling your money in five years is enough.

Time to take an example.

Guess what this is:

RIP IDA – what they didn't tell you about the future of GOV.UK Verify (RIP). Follow the entrepreneur

It's a daunting prospect, "when you’re using digital services, you need to be sure that your privacy is being protected and your data is secure".

But don't worry, "GOV.UK Verify [RIP] is more secure than usual methods of proving who you are, because there’s no central storage of information". That is a contender for one of the world's great non sequiturs but, all the same, don't worry ...

... because "GOV.UK Verify [RIP] uses certified companies to check it’s you ... it takes less than a minute to verify your identity each time you need to use a GOV.UK service ... You choose the certified company (you can choose as many as you like, and you can change at any time). You don’t have an account with government ... no-one has more information than the minimum to perform their function".

Don't be confused, "GOV.UK Verify [RIP] isn’t a service in its own right. Rather, it provides a way into government services on GOV.UK".

RIP IDA – 1466442, or what the careers advisor said to GDS's prospective Privacy Officer

Scenario
You are a careers advisor. A young person approaches you clutching a situations vacant ad. What do you advise?

Sit Vac
The Government Digital Service seeks to appoint a Privacy Officer, closing date for applications one week today, 10 September 2015:
Advice
Who knows but you might advise as follows.