"We transformed digital delivery for the UK government"

You probably can't read the image above. Not easily. What it says is: 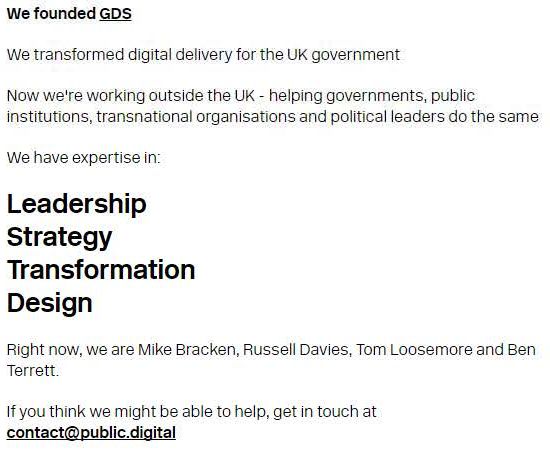 "... we use our ‘inside government’ experience of to advise and support governments and international institutions on practical strategies for enduring change" – that's what it says on Slide #3 of the presentation, followed by "we have ... worked on IT enabled transformation with over 30 governments, across five continents".

There are eight reasons why government IT projects fail, #2 is "lack of focus on understanding and segmenting user needs", according to Slide #5, and #4 is "lack of effective engagement with stakeholders".

Then Slide #6 comes up with a ninth reason: "IT projects fail because there is no such thing as an IT project … there are only IT-enabled business change projects".

Do Messrs Bracken et al really hope that this presentation will make governments believe that public.digital can help and cause them to get in touch, contact@public.digital?

Because it's not their presentation.

The quotations above come from a July 2006 presentation given by gov³™, government for the third millennium™.

Since you ask, "Gov3 is THE global strategic consultancy for governments ... launched in September 2004 by the core team in the UK’s Office of the eEnvoy". 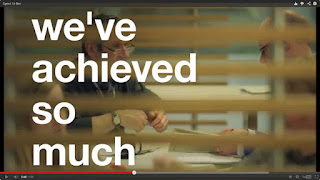 "We transformed digital delivery for the UK government". That's what it says on the public.digital web page. That's the shoutline.

One of the £4 company's four shareholders is Tom Loosemore.

Whether Mr Loosemore was wearing his leadership hat at the time, or strategy or transformation or design, whichever, he told the Australians six weeks ago that he and his colleagues didn't transform digital delivery for the UK government. Not a bit of it. What they actually did was to "put lipstick on pigs": 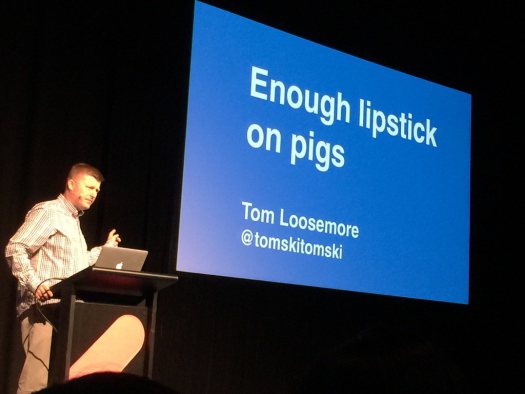 This is a more than cosmetic transformation of the company's shoutline:

Rocket science. But not as we know it.

Thursday 10 December 2015 saw the news from Argentina begin to surface on Twitter. They're starting their own government digital service, modelled on the UK's GDS.

Just supposing the Argentinians approached public.digital for a bit of advice, what do you think Messrs Bracken, Loosemore, et al would say? Apart from woooop.

Synchronicitously enough, the next day saw an interview with Tom Loosemore published in Computing magazine.

The interview includes all his usual aperçus on Victorian London's sewage system. First he told the Americans. Then the Australians. Next the Argentinians?

No doubt. But this time there's more. Mr Loosemore has noticed that, whereas politicians come and go, public officials are permanent:
Would public.digital advise Argentina to form a co-operative? Maybe.

Would they advise Argentina to go to war? Unlikely. War isn't really their bag. "Internet jibba jabba". That's what they're into:


That leaves just one option – expect the announcement of the Argentinian space programme any day now.

Awfully good of him, of course, to try to "educate parliament". Perhaps the UK parliament really was too ignorant to understand the dangers of the "database state". That seems unlikely but it's irrelevant anyway as public.digital aren't marketing in the UK, only abroad. What they're looking for is ignorant overseas governments.

If you are an overseas government, the question is do you want to govern a database state or not? If you don't then, judging by the tweet above, Tom Loosemore is your man. Him and public.digital. They clearly wouldn't advise Estonia, for example.

But it's more complicated than that. Take a look at the picture below. What is it, if not the very picture of the "database state"? 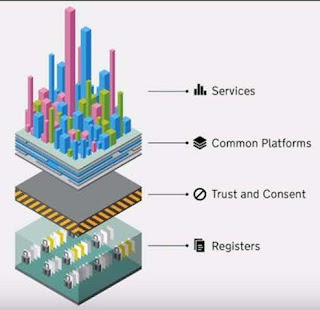 That layer at the bottom, the Registers layer, is what Mr Loosemore himself calls the "single source of truth".

It's his picture. His picture of the ideal state, where benevolent decisions are made on the basis of knowing everything about people.

"Platform". This is Government as a Platform (GaaP). This is public.digital's premium product. This is what the Victorians would have deployed if only they hadn't got bogged down with sewers. This is what any innovative administration would do if only it was bold enough, you have to be bold, it's a mistake not to be, that's what Mr Loosemore says. To everyone. The Americans. The Australians. Everyone, maybe even Argentina.

"Hang on a minute", you may say, "that's unfair, Mr Loosemore insists on a Trust and Consent layer in his picture. Trust and consent are to be enforced by parliament. To object that that wouldn't work is to say you don't believe in democracy".

Consider this. Who would give their consent? Not Mr Loosemore. That's for sure. He had to warn an ignorant parliament in the 1990s about the dangers of the database state. He must think that consent is for other people. Inferior people. That's not very democratic of him.

He's got a credibility problem. Look at his survivors in the Government Digital Service (GDS). Like Paul Downey, the author of Linking Registers. Barely is Mr Loosemore out of GDS's doors than Mr Downey produces this picture: 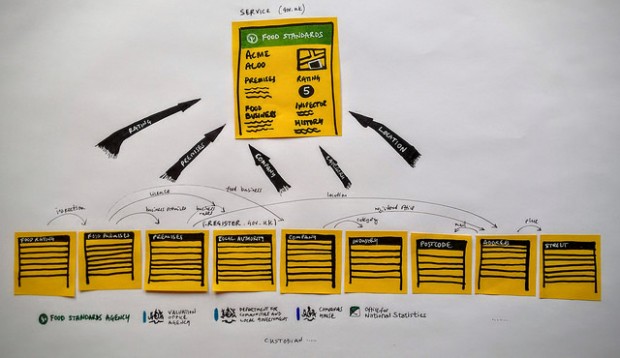 A Registers layer and a Services layer and nothing in between. No Trust and Consent called for and none offered. GDS aren't serious about trust and consent. All they can see is a state that knows better what you need than you do. Which is why there's no need for trust and consent.

For the rest of us, the database state picture is wrong for another reason. A state that thinks it needs all that knowledge about us is a state that has exceeded its remit. There are places where a democratic state doesn't go. Total knowledge is only sought and required by totalitarian states.

Mr Loosemore has a fond but unjustified belief that the database state would lead to "efficiency".

Call it what you like but no thank you.

"Right now, we are Mike Bracken, Russell Davies, Tom Loosemore and Ben Terrett". That was then. December 2015. A year ago today Russell Davies resigned as a director of Public Digital Ltd according to Companies House. Fair enough. People move on.

Mr Greenway is one of the banshees who always seem to be upset by changes at the Government Digital Service (GDS) but can never explain why. "Meanwhile, GDS is following the course charted by other successful centralised reformers in government. Icarus-like soaring for a few years. The occasional flutter of feathers. Then a headlong dive into the timeless, inky depths of the bureaucratic abyss. The sun always rises, Whitehall always wins". That's what Mr Greenway said in August 2016.

He was at it again yesterday in Civil Service World magazine, The dismembering of the Government Digital Service is underway.

That follows two articles last week by our favourite banshee, Derek du Preez, Exclusive – GDS to lose control of Data Policy, being handed to DCMS and DCMS wants GDS lock, stock and barrel – Manzoni fighting to retain control. Both articles centre on GDS's loss of influence and the attempt by the Department for Digital Culture Media and Sport (DCMS) to supplant them, news to Mr du Preez but noted by DMossEsq last December.

The banshees are excoriating about the lack of leadership and direction at GDS and DCMS. Nothing is being delivered by way of digital government. It's all just talk, talk, talk and no action. That's what Messrs du Preez and Greenway both say.

But in that case, what is there to bewail in the demise of GDS? Disruption is a good thing according to the revolutionaries who set up GDS and disruption begins at home. If GDS has turned out to be a damp squib, let it sink. The faster the better. That's how a healthy ecosystem deals with its failed adaptations.

(An unhealthy ecosystem prolongs their existence for years at a time by extending ludicrously cheap credit with the result that the final collapse is more painful than it could have been. But that's another Carillion-type story.)

Messrs du Preez and Greenway must know that. Mr du Preez could say it. Mr Greenway, as a recently appointed director of Public Digital, probably has to be a little more circumspect.
Posted by David Moss at 04:49