The system is not set up to do stuff.
It’s set up, frankly,
to have an intellectual pissing match
around how its things should be.
Mike Bracken on Whitehall
Proper journalists have sources and on Sunday 31 August July 2016 Bryan Glick, editor of Computer Weekly magazine, published DWP director Kevin Cunnington set to take over as new head of Government Digital Service. Next day he turned out to be right, John Manzoni: Changes at the Government Digital Service.

The Government Digital Service (GDS) has a budget – £450 million to tide them over to 31 March 2020 – but no published strategy. Mr Glick's sources seem to have been able to give him the date of the overdue announcement of GDS's strategy – 15 September 2016 – and some insight into official thinking: "Our sources say the Cabinet Office hopes to use the launch of the new strategy to 'nullify any coverage around GDS being in confusion or disarray' ...". 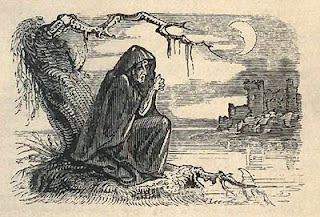 These matters are of little popular interest. They will not detain historians. But anthropologists studying the GDS tribe will note that the Cabinet Office were destined to be disappointed. The appointment of Kevin Cunnington was announced and, instantly, full-throated keening broke out among the GDS banshees.

J’accuse John Manzoni Part 2 – A Digital Purge, wailed Derek du Preez on diginomica.com: "make no mistake about what is happening. The long-standing power base across some of the most influential departments in Whitehall are using the post-Brexit chaos as an opportunity to make a land grab for the power (and money) they so enjoy" and "Let me make this clear – in my opinion, senior civil servants in the Department for Work and Pensions, the Home Office and HMRC have thrown the interests of citizens out of the window, in an attempt to maintain the status quo. Heels are digging in and the political daggers are out" and "this could well be the beginning of the end for GDS progress".

Mr du Preez quotes another banshee, Andrew Greenway, a classical scholar who once was something to do with GDS and who wrote in Losing one is a misfortune. Two?: "Meanwhile, GDS is following the course charted by other successful centralised reformers in government. Icarus-like soaring for a few years. The occasional flutter of feathers. Then a headlong dive into the timeless, inky depths of the bureaucratic abyss. The sun always rises, Whitehall always wins".

Tim O'Reilly weighed in, with Alan Turing rather than Icarus, and told us in What's Up With the British? that: "The UK Government Digital Service, hailed and emulated around the world as among the most innovative and successful approaches to bringing government into the 21st century, is the target of senior civil servants who seek to break it up and reduce its ability to transform business as usual".

"Helen Margetts ... sits on the Advisory Board of the Government Digital Service", it says (falsely?) in Back to the bad old days, as civil service infighting threatens UK’s only hope for digital government and, just to keep the voltage up, she contributed "GDS isn’t perfect, but to erase the progress it has put in place would be a terrible loss".

What progress? How terrible? She didn't say, but someone called Jimmy Leach gnashed his teeth and wanted his question answered Whitehall's revenge: Will the Government Digital Service be broken up? while garment-renderer Ben Rooney chipped in with Heroes behind government's digital revolution face extinction from Whitehall's arcane ways.

It's all too late according to "negotiation expert" David Eaves. Everyone is going to die: The Empire Strikes Back: How the death of GDS puts all government innovators at risk.

It's a banshee's job to keen and the banshees have duly keened. Even Tony Collins, with Is Sir Humphrey trying to kill off GDS and the innovations it stands for?.

What's all the fuss about? That's a question to which we may return.

Until then, note that it's not all breast-beating. Others have been more circumspect. Ignore the doom-mongers. The Government Digital Service is evolving, not retreating, according to Civil Service World magazine. And Kevin Cunnington has rather sensibly contented himself so far with saying nothing more than "hello".