midata and the BBC. The BBC?

The BBC are not paid to talk twaddle with a lot of armchair economists.
They are wasting our money,
they shouldn't have joined in the first place
and they should resign from mIL now.
Following last week's exciting launch of the midata Innovation Lab (mIL), now that the party's over, let's take a look at the structure of the organisation. It's a partnership apparently, "a collaboration of the following 22 Founding Partners, respected organisations collaborating with real data to work out how the UK both empowers and protects consumers whilst innovating with data": 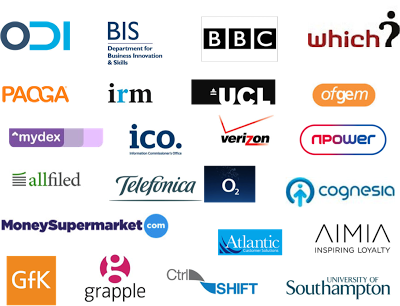 Back in November 2011, the Department for Business Innovation and Skills (BIS) issued a press release saying:
That's 19 businesses from Avoco Secure to Visa, of whom only three remain "committed to working in partnership with Government to achieve the midata vision". Why have the other 16 dropped out?

The press release also said:
That's seven consumer groups/regulators, of whom only two are left. Why have the other five pulled out?

And why are there still 22 Founding Partners left?

What, for example, is the University of Southampton doing on the list?

Their expertise is in oceanography. Nothing to do with midata.

The answer is all to do with the Open Data Institute (ODI), who are also on the list of Founding Partners. The ODI is headed by Professor Sir Tim Berners-Lee and Professor Sir Nigel Shadbolt. They are both professors at Southampton and presumably the university has come along for the ride.

But they shouldn't be there. The ODI is all about open data. Public data. The opposite of what midata is meant to be about, which is personal data. Private data. The two should not be confused. Nigel Shadbolt himself says so:

The link between midata and the Government Digital Service's failed Identity Assurance Programme (IDAP) isn't always obvious to other people but readers of this blog will remember that Verizon is one of the UK's eight appointed "identity providers".
They will also remember that, thanks to Edward Snowden, we now know that Verizon hands over its data to the US National Security Agency (NSA), who may or may not share it with the UK's GCHQ. Your personal data may travel via midata even further than Southampton.

The idea behind midata is (also) that consumers should get better value for money from their gas and electricity contracts. It is precisely because Ofgem have failed on that score (along with the Prime Minister) that BIS assert that midata is needed. Having Ofgem and npower on board – as oceanographers say – will ensure that midata fails as well.

midata is meant to help consumers to get better value for money from their current accounts and their debit/credit cards. That's a job MoneySupermarket.com already work at and have done for years which, in turn, is another reason why midata is unnecessary.
The Information Commissioner's Office (ICO) exists to ensure that personal data remains private and that public data is disclosed unless it is exempt under the Freedom of Information Act. If the ICO doesn't close down mIL in the next few days, then it's not doing its job.

Also, of course, Mydex is a UK-appointed  "identity provider", like Verizon, reinforcing the link to IDAP.

Jo Swinson is the successor at BIS to Norman Lamb who was the successor to Ed Davey. She wrote an article about midata which was published by Which?, who hosted a lengthy debate about the article on their website – 54 comments. No-one – including Which? – could see how midata would deliver the benefits that Jo Swinson and BIS promised.

Norman Lamb published a report on midata and launched a consultation on it. Question 6 of the consultation is: "What types of new services might be offered by intermediaries (such as, price comparison websites) and what could be the value of this new market?". In their response, Which? said, in full: "Which? has no comment on this question".

On the other hand, they wrote several pages in their response about the dangers of identity theft/fraud and the dangers of the loss of privacy. Are Which? satisfied that these dangers will not be exacerbated by midata? If so, why? And if not, will they, like the ICO, do their job of protecting consumers and warn people against midata?

In the case of all the Founding Partners named so far you can see why they are included in mIL. Even if, like the ODI, they shouldn't be.

But the BBC? What are the BBC doing there? They're a public service broadcaster. That's what the licence fee payers pay them to do. The BBC are not paid to talk twaddle with a lot of armchair economists. They are wasting our money, they shouldn't have joined in the first place and they should resign from mIL now.