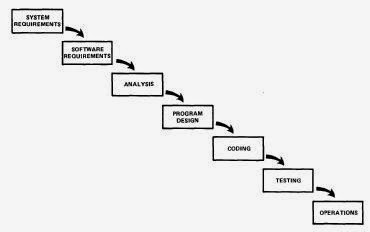 That looks like a waterfall. To some people. Is that the smoking gun?
No.
Royce calls that a "grandiose" approach to systems development and he doesn't recommend it because it omits the "iterative relationship between successive development phases" shown in his next diagram: 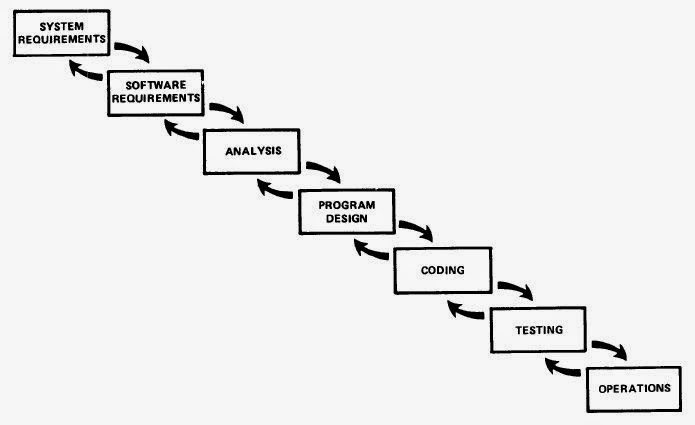 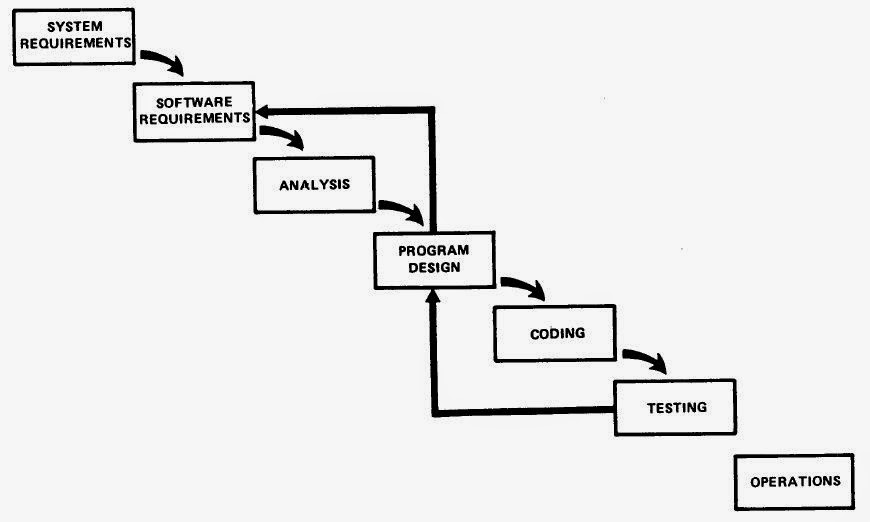 The dial seems to have been stuck on "1" for the number of live services for a very long time.
The single live service is exemplar #6 – Student Finance, which was released no later than 31 October 2012, please see Refining transactions with help from the Minister.
That's 18 months ago. What's going on with the other 24 exemplars? Has the "operations" box become disconnected from the rest of the agile development process, as predicted by Royce?
Maybe.
Are GDS suffering from the lack of an identity assurance service? Would they have done better to stick with the Government Gateway?
Maybe.
Or is it something to do with this paragraph which appears under the 1/7/16/1 dashboard:
All 25 exemplars have to meet the digital by default service standard in no more than 30 days time. What does that mean? Never mind. 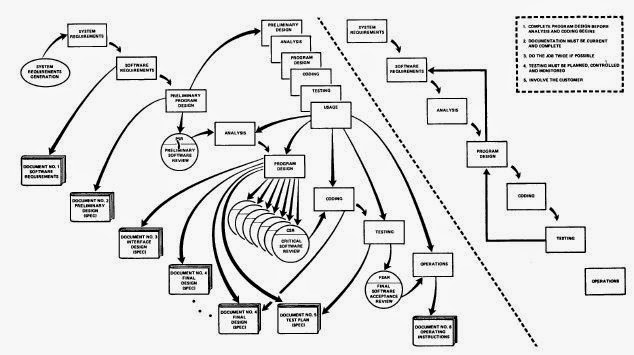 Whatever it is, it isn't a waterfall. Not as we know it.
----------
Updated 4.12.15
As far as the Government Digital Service (GDS) is concerned, agile is the only methodology for successful software engineering. They have always said that. Ex-Public Servant of the Year ex-Guardian man Mike Bracken CBE ex-CDO ex-CDO, ex-executive director of GDS and ex-senior responsible owner of the pan-government identity assurance programme now known as "GOV.UK Verify (RIP)", said it in connection with the UK's digital Basic Payment Scheme for farmers, for example:
And yet the digital BPS failed and our farmers now have to apply for their money using pencil and paper.
The National Audit Office have published their report on this failure, Early review of the Common Agricultural Policy Delivery Programme. And they say:
It looks as though GDS's enthusiastic advocacy of agile methodology is based more on fashion than useful practical experience. They may be keen but, when confronted with the reality of a public service, it looks as though GDS can't deliver.