The following article was published in Digital by Default News (DbyDN) on 21 August 2014:
It was 3 November 2011 when Ed Davey first announced midata:
Little did we expect then that it would be the best part of three years before anyone started to "explore" how midata might work. But only now, if DbyDN are to be believed, is a "feasibility study" being launched.

In fact, not mentioned by DbyDN, Craig Belsham introduced us to the midata Innovation Lab (mIL) on 2 May 2013. Over the following few months mIL produced five deeply discouraging prototype apps.

Professor Sir Nigel Shadbolt gamely claimed that these five viruses apps would allow us to "get to the future more quickly" and Mr Belsham posted What we learnt from the midata Innovation Lab on 28 November 2013 but mIL has never been heard from again.

Now we have the "miData Studio" instead. And what is the planned output from their feasibility study? Working services? No. Just some "exemplar use cases" – the miData Studio could take even longer to get to the future than mIL.

There will be five "collaborators" in the miData Studio according to DbyDN – "Ctrl-Shift and Milton Keynes Council, the Cabinet Office, Open University and Connected Digital Economy Catapult".

Or should that be six? "The project aims to create an open, collaborative environment where citizens, the council and developers explore how empowering citizens with their own information can enable ...". It looks as though "citizens" also will need to be collaborators.

And however many collaborators there are, will the identity assurance scheme (RIP) prove any more successful in Milton Keynes than it did in Warwickshire?

It's all very well for DbyDN to say that the miData Studio will explore how citizens "can give controlled access [to their personal data] to trusted service providers" but how is anyone going to overcome Chris Chant's objection that trust is just not on the menu?

"Truth, not trust". That's Mr Chant's watchword. The pursuit of trust is a "doomed strategy".

Do any of the collaborators in the miData Studio have it in their gift to grant citizens control over their personal data? How? "Trust frameworks", as Ctrl-Shift tell us, are like unicorns. They don't exist. There's no way to enforce the rules. Control isn't on the menu any more than trust is. Or empowerment.

What are the prospective investors in the Cabinet Office's identity assurance scheme supposed to make of this project? They thought they were being invited to invest in a service that already exists.

It's only a 225-word article that DbyDN published but it raises a lot of questions.

Still waving, Mydex published Nine ways the personal data store can transform public services on 23 December 2014. Their contention is that, when it comes to "local authorities and public sector organisations", Mydex:
Really?

These may well be some of the presents local authorities and public sector organisations would ask Father Christmas for. But is Mydex Father Christmas? Are these presents in Mydex's gift? Who believes that? Why?

And who believes Mydex's claim at the bottom of the page? Remember Sony:

Wikipedia:
ElReg:
The ElReg article is written by Out-Law.com, an outlet of the firm of lawyers Pinsent Masons, who follow this sort of thing and provide expert commentary. 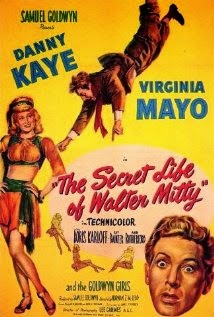 That excludes other people.

If DMossEsq offers you total control over your personal data, you can safely ignore the offer as having been made by some sad Walter Mittyish character subject to delusions of grandeur.

As it happens, DMossEsq is making no such offer. He recognises that it's not in his gift. But there are other people out there with a "vivid fantasy life". Remember – the power lies with the EU, and not with Walter Mitty.
Posted by David Moss at 01:01