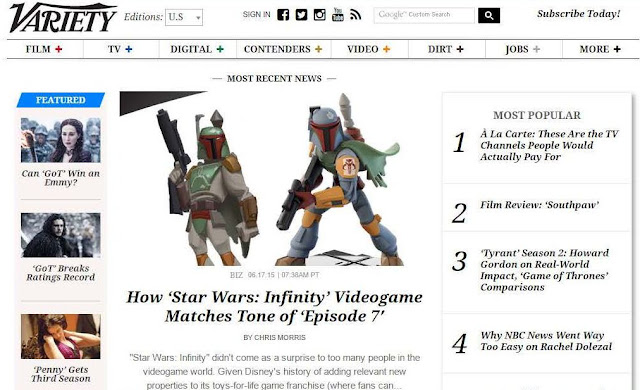 Can GOV.UK Verify (RIP) Win an Emmy?
30 June 2014, only a year ago, saw the historic release of Identity Assurance Demonstration. Children have all lived in delicious fear of the sinister "identity providers" ever since:

The catchphrases caught on worldwide. "I had my identity initially verified by Experian", one fan would say knowingly to another. "Me, I'm a Digidentity girl", another would say, while others still would attend GOV.UK Verify (RIP) festivals dressed only in the colours of the Post Office.

Hysteria reached fever pitch when the fourth "identity provider" was due to be revealed to the world. Who would Mooncalf Productions cast in the rôle of Mydex?

Was it a disaster?

Perhaps the marketing experts know what they're doing after all because, instead of Mydex, 24 March 2015 saw the long-awaited release of GOV.UK Terrify and introduced the spine-chillingest "identity provider" of them all, Verizon:


GOV.UK Verify (RIP) Gets Third Season
The fever reached hysteria pitch now. We were promised five more screen monsters to frighten the children with:
That's four. And the fifth one – Morpho.

Borrowed from The Matrix, the "identity provider" who turns your eyes into a template and mashes them with your fingertips, the bi-modal biometrics alien from outer space, or at least from France.

How GOV.UK Verify works - a film

Here's a short film demonstrating how a certified company verifies your identity the first time you use GOV.UK Verify.If you're interested to know more about how GOV.UK Verify works you can

The link in the Tweet only led back to GOV.UK Terrify, the March 2015 film.


Some sort of a joke?
The fans weren't amused:

Then they seemed to see sense, although they had some trouble expressing it:

... oh, never mind, it doesn't matter any more, because now it's never going to be the same again ...

... and Mooncalf are going to go down in history as the impressarios who could have made it big, Britain's Got Talent, anything, sky's the limit ...

... and then they snatched disaster from the jaws of defeat. RIP IDA – who's going to ruin their career and appear in one of Mooncalf's productions now?

Eight seconds short of an Oscar
Posted by David Moss at 18:07