We know that GDS believe that GaaP would reduce the budget deficit by £35 billion p.a. and that GaaP could get rid of 1½ million useless public servants. All that's needed is for there to be a set of "canonical" registers, which constitute a "single source of truth".

We also know that GDS fall in with the belief that innovation is caused by data being open, a belief we refer to as "the magic of open data".

They're hypotheses really, not beliefs. There's a lot of evidence to the contrary about both GaaP and the magic of open data and little evidence in favour. We know that, too.

So why is Mr Maltby re-affirming his commitment to these unproven hypotheses now? Answer, there's money at stake, please see para. 2.324 in the UK's 16 March 2016 Budget: "The government will provide up to £5 million to develop options for an authoritative address register that is open and freely available". 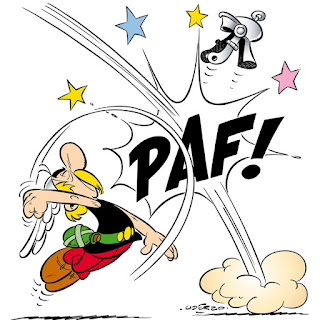 We already have an "authoritative address register". It's called the "postcode address file" (PAF) and it's maintained by Royal Mail plc.

The public sector doesn't need to spend £5 million of our money "developing options" to create another one.

But a lot of people want to.

Professor Sir Nigel Shadbolt of the Open Data Institute and Stephan Shakespeare of YouGov, for example.

They're both convinced that it was a terrible mistake to let Royal Mail take the PAF with it when it was privatised. They even managed to convince the normally sensible Hon Bernard Jenkin MP, chairman of Public Administration Select Committee, that it was a mistake.

Why do they think it was a terrible mistake? Because, if postcodes aren't freely available to everyone who wants them, then there will be no innovation and the economy will shrivel. Not proven.

ComputerWorld UK also are up in arms:
Before it was closed, the Open Data User Group (ODUG) was of course entitled to describe the PAF in any hyperbolic terms it chose. The fact remains that the PAF is still available to the nation. Take a look. We haven't been deprived of it.

The claims made for transparency, efficiency, economic growth and complexity are still unproven. And ODUG's estimate of the value it could unlock is no more than an estimate.

If we go back to 2013 and the glory days of ODUG we find the claim made that Royal Mail's monopoly of postcodes would increase its profits. Also:
While you're trying to work out whether ODUG thought Royal Mail was a high return investment or a low one, let's move on to bank account numbers, mobile phone numbers, email addresses and IP addresses, four more of the "single most fundamental set[s] of core-reference data" that should be under government control.

Him and Mr Maltby, too. Those registers. They want everything in there. And in their view it all has to be under government control.

GDS have established a Register Design Authority, they tell us. If some ghastly profit-making organisation happens to create a useful register, GDS could exclude it from the single source of truth.

They think they can control the truth.

They also think they understand markets and that they know how to create them and regulate them.

They also think they're experts on property ownership. They think they can take property away from one person and give it to another without causing anxiety – anxiety in the recipient, for example, that if the Lords of Truth can expropriate once they might develop a liking for it and do it again. And anxiety among innovators generally. If their invention works, will it be taken away from them and added to the single source of truth? In which case, what's the point?

And the Chancellor thinks he knows how to allocate resources. £5 million to fund an unnecessary competition between the public sector and the private sector.

Tony Collins and others have just won a Freedom of Information case brought against the Department for Work and Pensions (DWP).

Instead of hiding the sad truth for years, DWP should now disclose a lot of the Universal Credit project management documentation.

DWP may continue to behave as though it is above the law and unbound by common sense and common decency. But if not, then one of the documents it should publish is the Universal Credit risk register.

And where better to publish it than on Mr Maltby's open, transparent, innovation-causing, economy-expanding canonical register platform?

Sir Jeremy Heywood, head of the UK civil service, devoted a lot of his 2015 review to diversity and inclusion.

Work on D&I has been going on for years throughout Whitehall, not least in the Cabinet Office, please see LGBT – history, religion and faith:
That was written by Stephen Foreshew-Cain, executive director of the Government Digital Service (GDS), who later wrote GDS and gender diversity at conferences and events:
Far from tokenism, yesterday GDS pulled out of an international conference on agile software engineering:


"We will not attend events that don't reflect our values". Who is we? What does attendance amount to? What is an event? What is reflection? What are our values?

Sometimes the answers are just obvious. When they're not, there will be disagreement. That will divert resources away from meeting user needs, which is GDS's lodestar.

How to avoid that dissipation of resources? How to make it clear whether GDS will attend a conference or not? Should GDS appear on platforms like Twitter alongside people who don't "reflect our values"?

GDS need a definitive list of "our values". An agreed, authoritative and complete list. Curated and canonical. GDS need a register of values.

And not just GDS. The whole civil service. Will Sir Jeremy's 2016 review include the promulgation of Whitehall's values register?

More on "our values" on Twitter today, please see the valorous manly tweets alongside.

Looking back at GDS's Getting from data to registers, we see:

That Register Design Authority, sitting in the GDS data group, with its domain control and responsibility and expertise, claiming in the name of trustworthiness to avoid unhelpful and confusing replication in the ecosystem – it's a classic Whitehall silo and needs presumably to be smashed. That's "our values".
Posted by David Moss at 01:59