Some time on or before 7 March 2016, Verizon disappeared from GDS's list of GOV.UK Verify (RIP) "identity providers". They'd been there before. Then they weren't.

On 8 March 2016 GDS tweeted their first and last attempt at an answer: "Verizon are preparing their service under the new contract. More news on this soon. They remain available for existing users".

The "new contract" referred to is Framework 2. It's been well over a year since the terms of Framework 2 were known.

GDS presumably expect us proles to believe that Verizon are so incompetent that, unlike any other "identity provider", they have to take their service down for several weeks just to change their terms and conditions.

That looks so unlikely by way of an explanation that the unsatisfied mind starts to look for other explanations.

Verizon were fined for using supercookies. What? "That means that over time, it is possible to ... build a strong profile on a particular individual, which advertisers then use to show you so-called relevant adverts".

Is that why Verizon had gone dark GOV.UK Verify (RIP)-wise? "Nah", said security expert Peter Bance, par for the course, already priced in, that's just how Verizon operate, bit of an eye-opener for us proles maybe but not for GDS, Her Majesty's public officials in the know.

But if Verizon haven't bolted like PayPal, and if it isn't the Framework 2 terms and conditions, and it isn't the shame of being caught using supercookies and the derisory fine of $1.4 million, then what is the reason for Verizon's temporary absence from the host of "identity providers"?

Note first that Verizon already have their GOV.UK Verify (RIP) service approved by tScheme, the experts in trustworthiness. What's more (hat tip: someone), they've applied for tScheme certification of a second identity proofing service. It doesn't look as if they intend to bolt.

Note also that Verizon's GOV.UK Verify (RIP) problems go back to before 7 March 2016. "Verizon have identified an issue within their environment", it said on 26 February 2016 (hat tip: someone), "there will be a short period of downtime to implement an emergency change". That's on GDS's GOV.UK Verify (RIP) status log,

The emergency was over 102 minutes later according to the log and Verizon were fully operational again. Except that four weeks later they're not.

That's more like it. That's more like an explanation for Verizon taking their GOV.UK Verify (RIP) registration site down for four weeks. Their security has been breached and 1½ million of their customers are now at more risk than usual as a result. 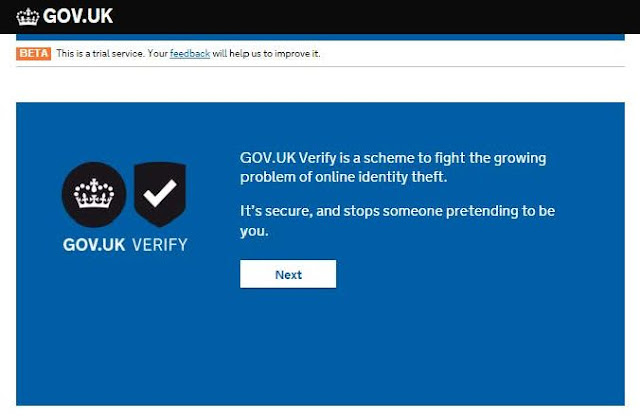 GOV.UK Verify (RIP) – "It's secure". No qualification. It's secure and that's all there is to it.

No. No-one believes that and it's a mystery why GDS keep saying it.

It's a false prospectus. Just ask Verizon. GDS's claim amounts to luring in the innocent. GOV.UK Verify (RIP) would never be admitted to the London Stock Exchange's Daily Official List if their broker came along with a whopper like that.

Mystery cleared up, Verizon have gone dark because they've been taken to the cleaners.

Don't let the same happen to you.

According to Verizon's GOV.UK Verify (RIP) privacy policy (hat tip:someone), "... it will also be necessary, in order to provision the service to you [prole] to share the personal information we [Verizon] collect, as described above, to companies that perform services on our behalf as follows ... The identity service product is owned by Zentry LLC. Zentry LLC is a US based company who will receive your information in order to issue the identity credential on your request ...".

Verizon will share your personal information with Zentry. And who are Zentry? According to Bloomberg: 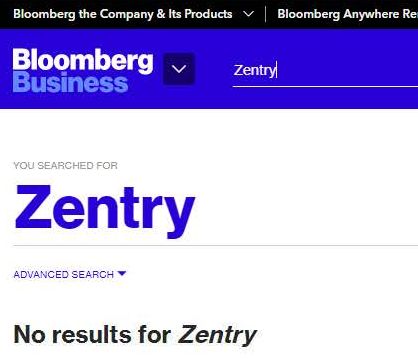 And according to FindTheCompany, "Zentry Technology LLC is a small organization in the business services industry located in Salt Lake City, UT. It opened its doors in 2010 and now has an estimated $90,000 in yearly revenue and approximately 2 employees".

When Verizon reappear in GDS's GOV.UK Verify (RIP) firmament you can entrust all your personal information to them and to Zentry if you like so that you can view your driving licence details. It's up to you.

GDS's claim that Verizon have stopped registering new GOV.UK Verify (RIP) account-holders because they have to update their terms and conditions of business is cheeky. The other Framework 1 "identity providers" all managed to convert to Framework 2 on the fly.

Is the theory that Verizon are still off air because they've been hacked any better as an explanation?

Here's a snapshot from Verizon's contract with GDS, the bit dealing with key performance indicators:

Before you ask ...
... a "measurement window" is seven days and those customer-facing services include:

Verizon haven't provided those services since 7 March 2016, at least four measurement windows ago. This is no mere KPI failure. This is a critical KPI failure, as defined.

There's all sorts of other interesting detail available in the Verizon contract. But before we get too excited, this is their Framework 1 contract, which must by now presumably have been replaced with a Framework 2 contract.

The Framework 2 contract is likely to have similar service availability conditions in it. In which case it is relevant to note that, yes, Verizon are still not registering new GOV.UK Verify (RIP) victims. 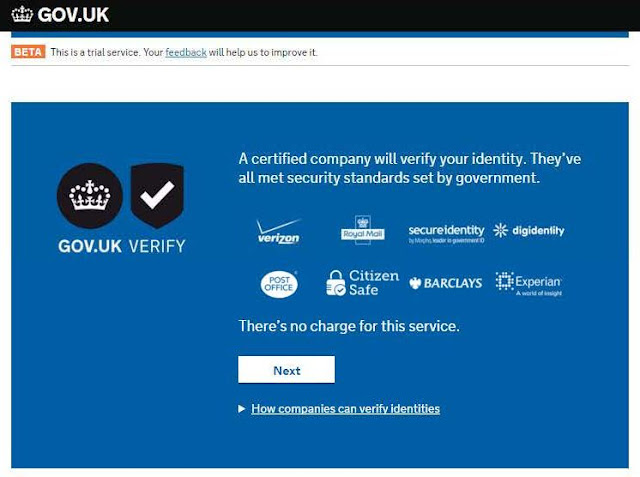 "Did you know", they ask, without ever reaching a question mark, ...
"You can be confident that we know how to protect you to the highest standards"? Not very confident. Don't forget Crooks Steal, Sell Verizon Enterprise Customer Data.

Verizon have been closed to new GOV.UK Verify (RIP) victims for the past month or so. Why?

It's because they've been "preparing their service under the new contract", GDS told us on 8 March 2016.

That's not what Verizon told Neil Merrett yesterday:
Neither proposition explains taking Verizon's registration service down for a month.

If you want to register with Verizon, you're on your own. Even though "there's no charge for this service" and Verizon has "met security standards set by government", DMossEsq couldn't find a single volunteer prepared to try it out:
GDS may want to lure you in but why take the risk?

Especially if next time Verizon go on holiday you might find your identity, and thus your existence, suspended for a month.

Verizon is one of the "identity providers" for GOV.UK Verify (RIP).

At least, they're meant to be.

We, the public, need to feel that GOV.UK Verify (RIP) is stable.

So do the "relying parties", i.e. the likes of the Driver and Vehicle Licensing Agency (DVLA). They need to know that we are who we claim to be when we connect to the on-line public services they operate.

You might get away with it once. But not twice. And you know what? Verizon disappeared again, in July. What's more, they still haven't re-appeared five months later.

Will Verizon be back again?

In time for Christmas?

Will the Government Digital Service ever deign to explain to us, their parishioners, what on earth is going on?

And can you see why sensible relying parties are sticking to the Government Gateway?
Posted by David Moss at 18:19