We can make a meal of it. Or we can do it the quick way.

Step one
The Government Digital Service (GDS) have published their ten design principles. These are treated with reverence. No deviation is allowed. Here's the first principle, the most important, the oldest rule in the book: 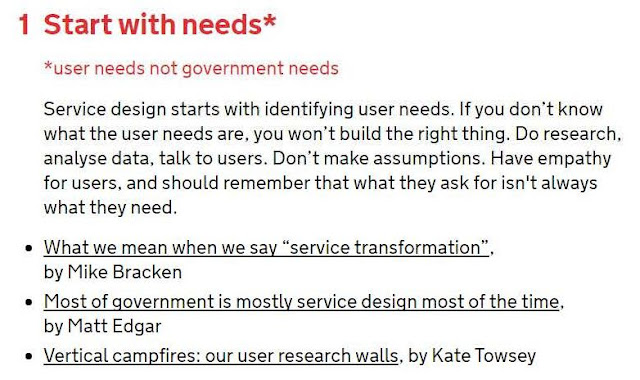 Three days later, on 29 April 2016, GDS published an embarrassing "update" claiming that they were "nearly there". That is their way of acknowledging that they're still not there, and that GOV.UK Verify (RIP), like many "agile" systems, is in eternal test mode and will never be live.

Sir Jeremy Heywood, the Cabinet Secretary, one of the most powerful people in the country, took it upon himself yesterday to explain on Twitter that GOV.UK Verify (RIP) is "hugely important" for the government ... 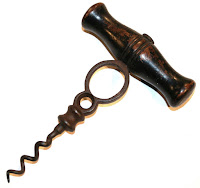 The only people interested are the government. I.e. the administration. That is, GDS and Sir Jeremy. GOV.UK Verify (RIP) is their need. At least they think it is but, be patronising, "have empathy ... remember that what they ask for isn't always what they need".

GOV.UK Verify (RIP) breaks the most revered rule in the book. It was a ghastly mistake in the first place and its predictable passing should be celebrated. RIP.
Posted by David Moss at 09:58