This is what the Government Digital Service (GDS) have to say about the security of GOV.UK Verify (RIP). It's secure. And it stops someone pretending to be you. And it fights the growing problem of on-line identity theft.

HSCIC
Health and Social Care Information Centre
We are the trusted national provider of high-quality information, data and IT systems for health and social care.
But it's not quite as clear-cut as that. According to Computer Weekly magazine, Gov.uk Verify [RIP] not secure enough for NHS, says HSCIC.


We told them. On 16 April 2015. Please see RIP IDA – what they omitted from the obituary:
GOV.UK Verify (RIP) is due to go live next month. April 2016. Maybe nine days away. And still there's no attempt to tell the public what's going on.

Why did PayPal jump ship?
And when will Verizon climb back aboard?

@gdsteam & the search for doctrinal authority

Wikipedia:
Twice we have recently drawn attention to the troubled creed of the Government Digital Service (GDS).

On 3 March 2016 we noted the article of faith in the primacy of user needs and how that is no match for the superior faith in digital-by-default, please see RIP IDA – users and their expressed, tacit and created needs for the truth.

In the same text, we recorded the inability of the assisted digital sect to get off the ground and suggested that the same fate may befall the interoperabilitarians.

Many creeds believe that they are uniquely open, even when they manifestly aren't. GDS are no exception.

RIP IDA – what is the point of GOV.UK Verify (RIP)?

In a few weeks time, in April 2016, according to the Government Digital Service (GDS), GOV.UK Verify (RIP) will go live.

Time for someone at last to summarise the implications.

A spreadsheet has been prepared summarising the terms and conditions of business of the GOV.UK Verify (RIP) services offered by each of GDS's nine "identity providers". Not just the business terms but the privacy policy also:

What is the point of GOV.UK Verify (RIP)? Answer, it's a personal information publishing service. That's what the summary spreadsheet shows. 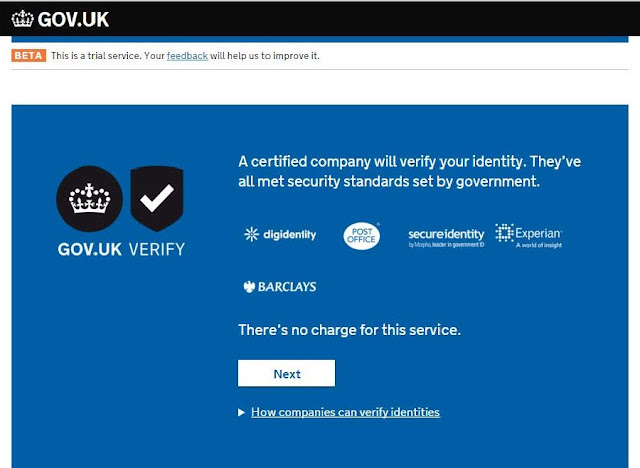 Safran Morpho is one of GDS's "identity providers": 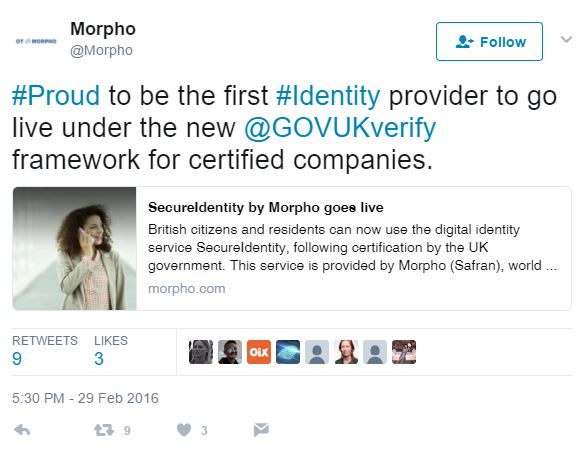 GDS promised in the past that all "identity providers" would be certified by tScheme, an independent body, expert in measuring trustworthiness. That's meant to give the public confidence in GOV.UK Verify (RIP).

Safran Morpho applied for certification for SecureIdentity on 19 November 2015. These things take time. SecureIdentity may or may not be certified in the end but it doesn't appear on tScheme's roll of trust yet.