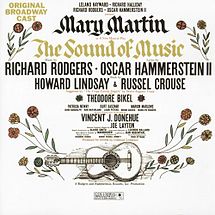 Who do you think wrote this in the Guardian?
Only Bruce Schneier. That's who.

For anyone who doesn't know, Mr Schneier is a wise and expert practitioner and commentator on security whose blog is required reading for level-headed analysis and comprehensive coverage of current security affairs.

Writing like Private Eye's Dave Spart is the last thing you would ever expect of him but there it is in black and white, "government and industry have betrayed us ... undermined a fundamental social contract ... ethical internet stewards ... we need to take it back". Normal service will no doubt resume once he has got over the shock of the latest Edward Snowden revelations.

Is there any way for the ordinary punter to keep their data secure on the internet?

In another Guardian article, NSA surveillance: A guide to staying secure, Mr Schneier tentatively offers a five-point plan and recommends some tools to use:
So no. There isn't. Not even for Mr Schneier.

It will be said that we are all over-reacting. All of us including Mr Schneier. Things aren't as bad as they look, securitywise, on the internet.

The damage is done: "Not cool. Wonder what effect that first Tweet will have on some market capitalisations".

The trust has gone.

There was never any basis for it in the first place.

The internet never was Julie Andrews and a troupe of good-looking children singing in picture postcard-beautiful mountains. Google and Amazon and Facebook and Apple and eBay/PayPal are in it for the money. Martin Sorrell told us so. So did Mydex's very own William Heath:
Not just the money. The power, as well. Which Douglas Carswell should have realised. That's where the NSA and GCHQ come into it. And ex-Guardian man Mike Bracken's Government Digital Service and their friends.

Edward Snowden has done us a favour. The penny has dropped and the Hollywood movie rose-tinted spectacles are off.