G-Cloud buries its head in the sand

Mark Zuckerberg founded Facebook and became the youngest self-made billionaire on the planet. He's still young, he's still rich and he's not pleased:
Never mind privacy and security, the activities of the US National Security Agency (NSA) could reduce the size of the market for Facebook. They could cost money. This is serious.

And not just for Facebook:
Who said that? Neelie Kroes. And just because she's the European Commissioner for the Digital Agenda doesn't mean she's wrong. The activities of the NSA and our own dear GCHQ here in the UK raise two more big question marks about cloud computing, which already suffered from a lot of unanswered questions before Edward Snowden started leaking.

The Observer reminded us the other day that the cloud computing industry was predicted soon to be worth $200 billion worldwide. If Ms Kroes is right, then the industry can forget about $200 billion. It's just pie in the sky. No wonder Mr Zuckerberg is sounding worried. 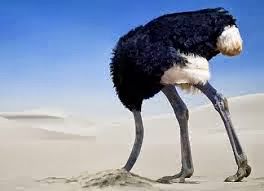 The UK government has a major commitment to the cloud – they are promoting G-Cloud (the government cloud) as the way to deliver public services efficiently.

Ms Kroes has had her say and Mr Zuckerberg his.

What do the G-Cloud people have to say? Nothing.

What is their response to the obvious problems with cloud computing? Silence.