The gateway to openness

"The annual end submission date for tax self assessment in January is one of the critical events in the year for the Government Gateway, HMRC and government IT systems as a whole". So said David Hargreaves on 25 February 2016 in Managing the self assessment tsunami:
The Government Gateway is clearly quite a substantial cross-government platform. And these are notable transaction volumes. 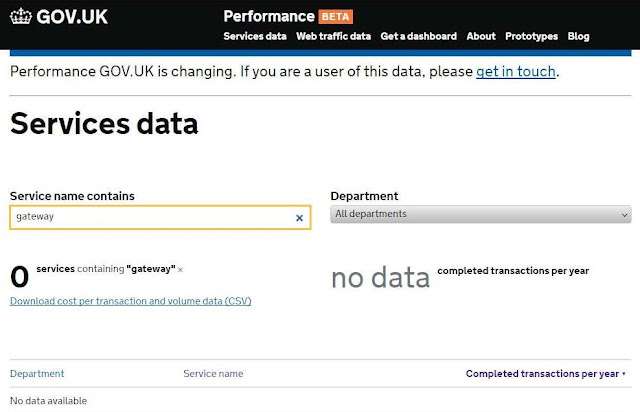 It looks to you as though there's no such thing as the Government Gateway.

The same happens if you search data.gov.uk. You get no data.

Given that the UK aims to be the most "open" nation on earth when it comes to government data, this is a glaring omission:
Why is data relating to the Government Gateway hidden?

There's no point guessing. There's good reason though to insist that the omission be corrected, quickly, for the general good.
Posted by David Moss at 12:46