GOV.UK is the public face of the UK government on-line. 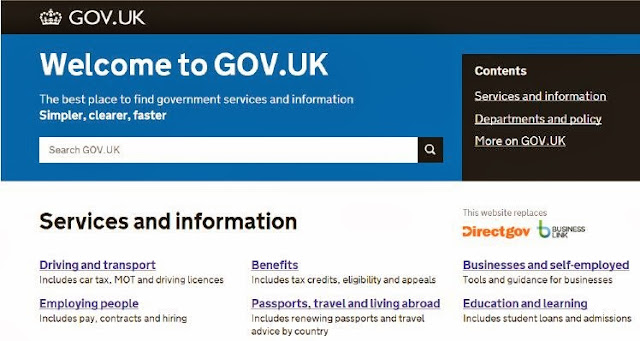 Zoom in on the orange text and you see:

"This website replaces DirectGov" is an assertoric statement. It can have one of only two truth-values, True or False. Which is it?

Suppose you want to register for Jobseeker's Allowance.

Search GOV.UK for "jobseeker's allowance" and four clicks later you see this: 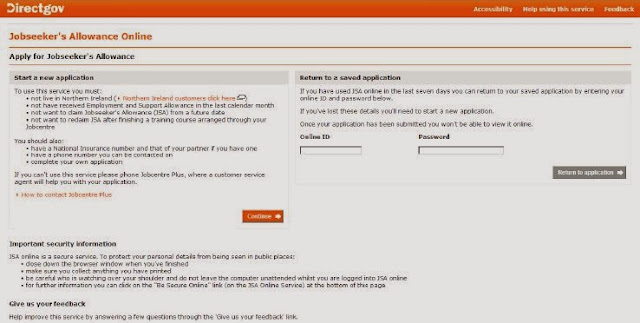 Zoom in top left and you see:

DirectGov has not been replaced. The assertoric statement is false ...

... and needs to be corrected. That is a user need. We can't have the government publishing information which is manifestly false.

There should be no prevarication. GOV.UK is the award-winning product of GDS, the Government Digital Service. And what drives GDS? One thing. User needs.

Tom Loosemore, the Deputy Director of the Government Digital Service, has a new blog post today:
"... once they've bought their tax disc via GOV.UK ...", he says. You buy your tax disc on-line from https://www.taxdisc.direct.gov.uk. There's no telling what Mr Loosemore sees when he looks at that page. But what you'll see is this:

DirectGov has still not been replaced by GOV.UK.

You might start at GOV.UK's Find a job with Universal Jobmatch. 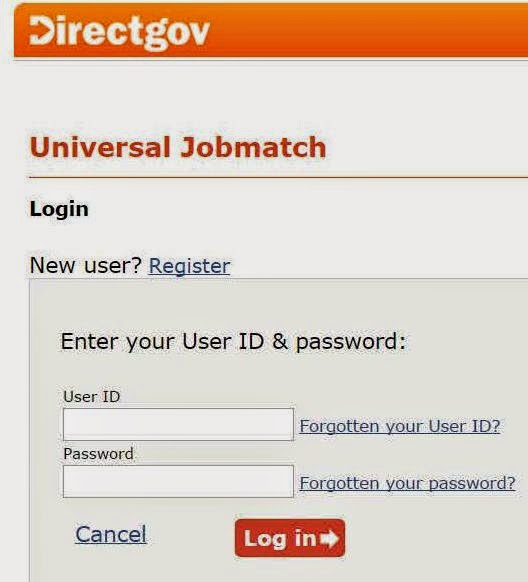 But, no, surely this is impossible. Directgov was "switched off" two years ago. Public Servant of the Year ex-Guardian man Mike Bracken CBE says so. So that's not what you see.

And when you get to the Universal JobMatch welcome screen on ...

Because it can't be.

Because Directgov has been replaced.

That's what it says on the GOV.UK home page:

Suppose you wanted to find a contract.

Click on Start now and what do you see? 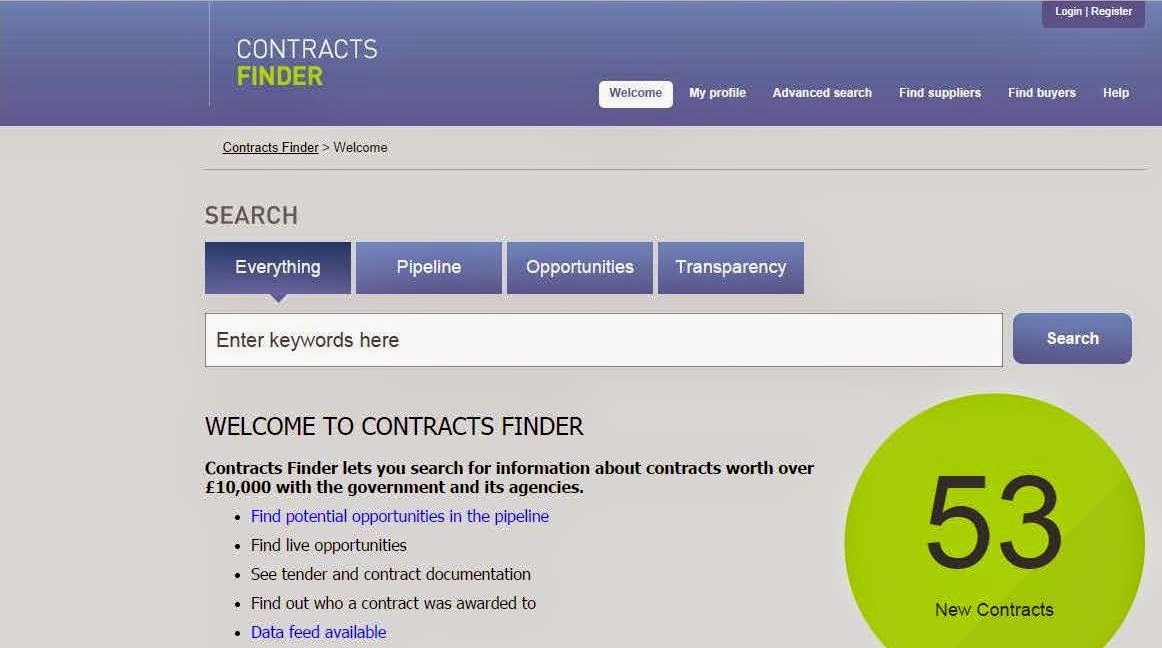 And where do you see it?

But, no, surely this is impossible. Business Link was "switched off" two years ago. Public Servant of the Year ex-Guardian man Mike Bracken CBE says so. So that's not what you see.

Regardless, suppose you enter "government digital service" into the search box and see what that turns up:
There's an enormous amount of fascinating detail like that available on the Contracts Finder service on businesslink.gov.uk.

Which is odd, considering that Business Link is supposed to have been replaced by GOV.UK:

Go to Apply for your first provisional driving licence on GOV.UK, click on Start now and guess where you end up – Directgov, the same Directgov that was replaced by GOV.UK two years ago according to GDS.

"This website replaces DirectGov BusinessLink", as they used to say. We have expressed some scepticism about this claim. Now, from the Department for You Couldn't Make It Up, we learn that "the most popular page on GOV.UK is Find a job with Universal Jobmatch, with 56.3 million page views between October 2014 and October 2015". GOV.UK is three years old and that is just one of the indices of its success asserted by GDS in 2 billion and counting.

And whaddaya know? Universal Jobmatch is a DirectGov service for job searchers. As we speak, there are 391 jobs for IT consultants, for example, within 20 miles of the London post code, SW1A (https://jobsearch.direct.gov.uk).

How do we know? Because employers list their vacancies on Universal Jobmatch. And how do they do that? By using BusinessLink (http://jobvacancies.businesslink.gov.uk).

(No.2 in the 2014-15 hit parade, by the way, is Renew vehicle tax with 40.2 million hits. Happy though they are to take the credit, the on-line vehicle excise duty renewal service actually went live in 2005, six years before GDS existed.)

DMossEsq first wrote about GDS's false claim to have replaced DirectGov and BusinessLink in November 2013. As late as March 2015 they were still deluding themselves, please see Government as a Platform: the next phase of digital transformation:
At some point since March 2015 GDS have finally withdrawn the DirectGov/BusinessLink claim from the home page of GOV.UK. They have turned over a new leaf. The first of many, it is to be hoped, in their £450 million bid to satisfy user needs.

One James Stewart is leaving the Government Digital Service (GDS). He published a moving valedictory yesterday, Moving on: "In February [2017] it will be six years since a small group of us gathered in a scruffy room in Lambeth to work on what we called alpha.gov.uk". Thus began GOV.UK, GDS's award-winning face of the UK government on-line.

Picking out "highlights from the past few years", Mr Stewart remembers first "the long night when we switched off DirectGov and BusinessLink and all the change that has come beyond. On one level GOV.UK is 'just a website' but it was and is also the starting point for everything else, a way to shape and communicate government that is of the internet".

You may remember that phrase, "government of the internet" (26.10.12), from four years ago. Never mind if you don't. It goes with last year's "internet jibba jabba" (12.12.15). GDS's elaborate analogy between the internet and administering the UK has been irritating senior members of Whitehall for some time. But that's not the point.

The point here is Mr Stewart's claim as late as yesterday that DirectGov and BusinessLink were "switched off" years ago, when GOV.UK was just an infant. It wasn't true then and it still isn't true now.

Why make that claim?
Posted by David Moss at 10:33