Can the Government Procurement Service count?

The "Digital Services framework, which is now open with 183 companies evaluated and selected to supply services" is the result of a year's work by GDS, the Government Digital Service.

So says joshr (?) in a post today on the GDS blog, A supplier framework for building digital services.

"It gives government access to a competitive and wider pool of innovative suppliers, to design and build user focused digital by default services in an agile way". That's joshr's entry in the competition to get as many buzzwords as possible into a single sentence – "user focussed", "digital by default" and "agile" all in one sentence is good, but surely we can do better.

Anyway, there's going to be a Digital Services Store according to joshr on which suppliers can offer their services and government users can buy them:
But hang on a minute.

Suppliers can already offer their services on the CloudStore. Buyers already "have a single place to procure". What joshr means is that suppliers will now have to register with two different stores doing the same thing and users will have two places to procure.

Why launch a second store to do the same thing?

Left hand not in touch with right hand?

Or maybe GDS don't like CloudStore. Not invented here.

In which case, CloudStore, having crashed twice in the past two weeks, beware. GDS have been known to let projects hang out to dry if they don't approve of them. GDS avoid "becoming fully involved", as the ruthless ex-Guardian man Mike Bracken told the FT, and "not that close to it" as he told the BBC about Universal Credit going down below the waves for the third time.

The Digital Services framework is "iterative, evolving and adapting, the framework itself being designed in an agile way and based on user needs" – that's joshr's second entry in the buzzwords competition, and much better than his first. Can anyone on the G-Cloud team beat that?

Over a year after this all started – the duplicate/rival digital services forums – where have we got to?

According to ElReg in one of its more impenetrable headlines, Gov.UK inhaled G-Cloud, spat out framework:
That was on 23 January 2015.

Then yesterday we read Ex-G-Cloud bigwig Chant weighs in on GDS' framework rebrand:
GDS is in danger of replicating the failures of the large systems integrators, says Mr Craddock. So is G-Cloud. G-Cloud has won hearts and minds, says Mr Chant, and it's not just about cloud computing. The same could be said of GDS. 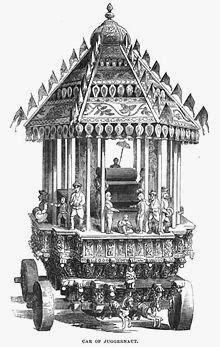 G-Cloud is by no means the biggest casualty of the GDS juggernaut. Its demise will leave the excellent Mr Chant even freer than he has been until now to pursue his six month-long truth-not-trust campaign.

Unlike G-Cloud, GDS has always enjoyed powerful political support. It's seen to have votes attached to it.

Those votes will disappear when people notice the daily diet of hacking stories in the media and realise the implication – that GDS is incapable of delivering the secure public services it promises.

Secure public services delivered over the web – digital by default – depend on identity assurance. Central government departments and local government need to be sure that you are who you say you are on-line. Ever the fashion victim, GDS has hitched itself to a "trust framework" to deliver identity assurance through the stillborn GOV.UK Verify service. It doesn't work. It can't.

And who better to convey that message than Mr Truth-Not-Trust himself, Chris Chant?
Posted by David Moss at 16:31